This shop has been compensated by Collective Bias, Inc. and its advertiser. All opinions are mine alone. #ReadySetSnack #CollectiveBias 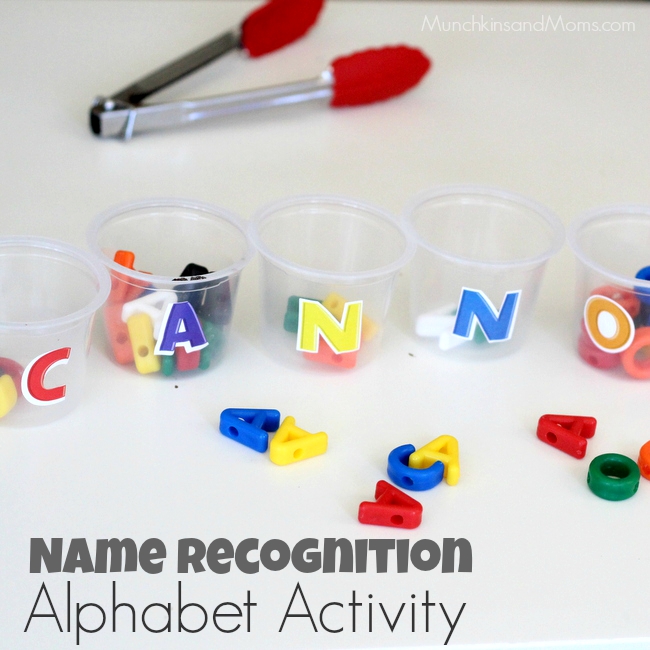 Some of the very first letters a preschoolers learns are usually the letters of his/her name, so I like to provide a variety of opportunities to support that goal. We’ve already made a clothespin name recognition craft and a sensory name recognition activity, now I’m adding to our name activity repertoire with this super easy Name Recognition Alphabet Activity!

I headed to Wal-Mart where I found the Hershey’s Chocolate and S’mores Pudding Cups in the chilled dessert aisle: 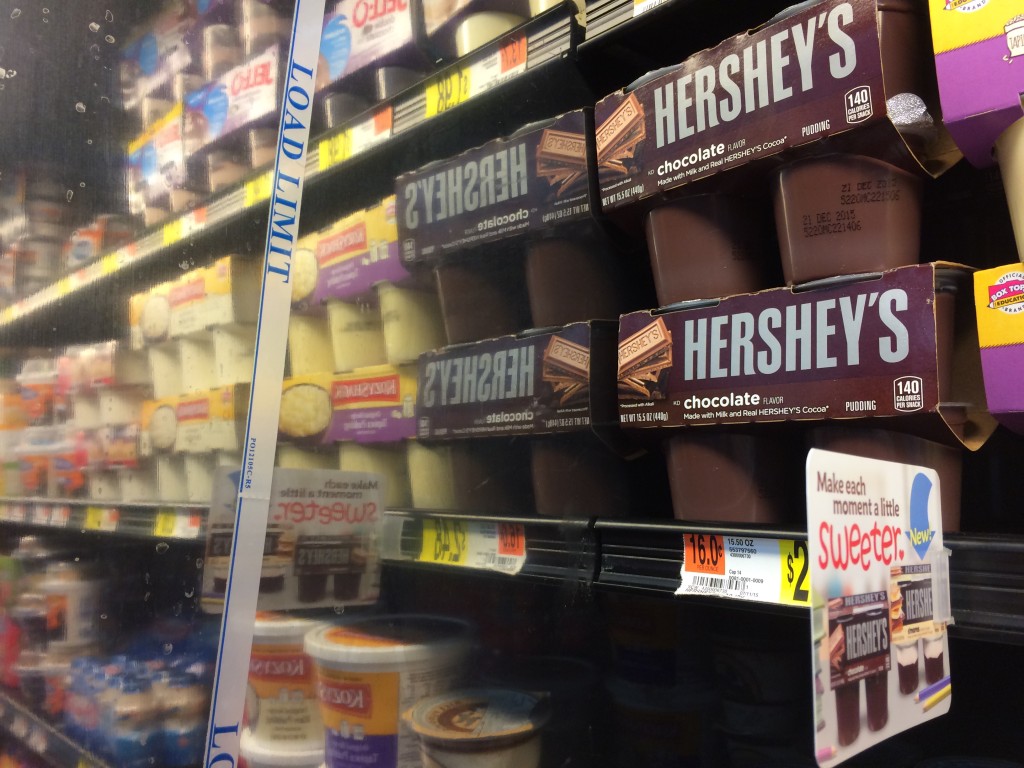 If you have the September/October ALL YOU magazine (found at the cash registers), you can clip this coupon for extra savings! 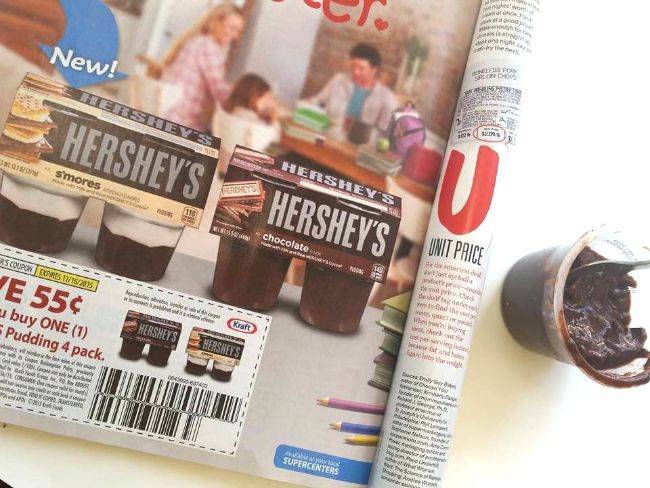 We ate some of the yummy puddings for dessert and saved our containers for the craft. I placed an alphabet sticker on each container for my oldest son’s name, added the beads in a small bowl, then the tongs for fine motor practice while sorting! 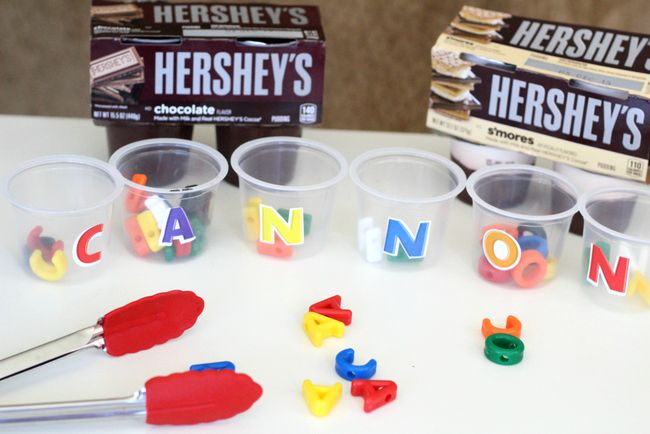 Ways to extend the activity: Use a mixture of upper and lower case letters for an extra challenge!

This was a great activity for my three year old! As he sorted the letters, he told me which each one was and said they were part of his name. He loved pointing out that there were several different colors of each letter, too! 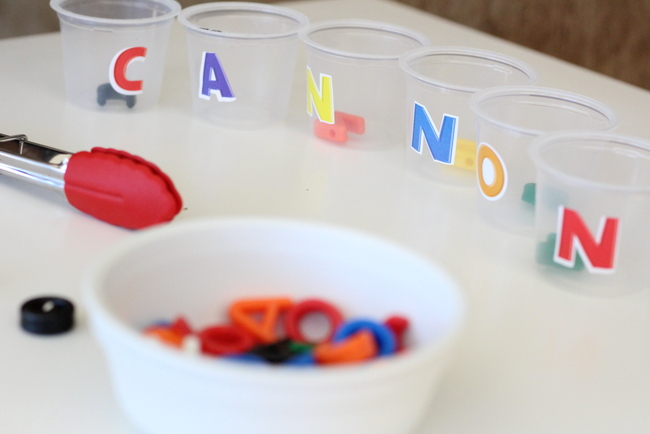 Ways to extend the activity: Once all the letters have been sorted, ask which letter was there the most of? The least of? Have the preschoolers count each type of letter t o find out!

How do you use your Hershey’s Pudding Cups? Share your ideas with Kraft’s Facebook page and leave us a comment here! Also have a look at these great recipe ideas from Wal-Mart and Kraft! Which will you try first? 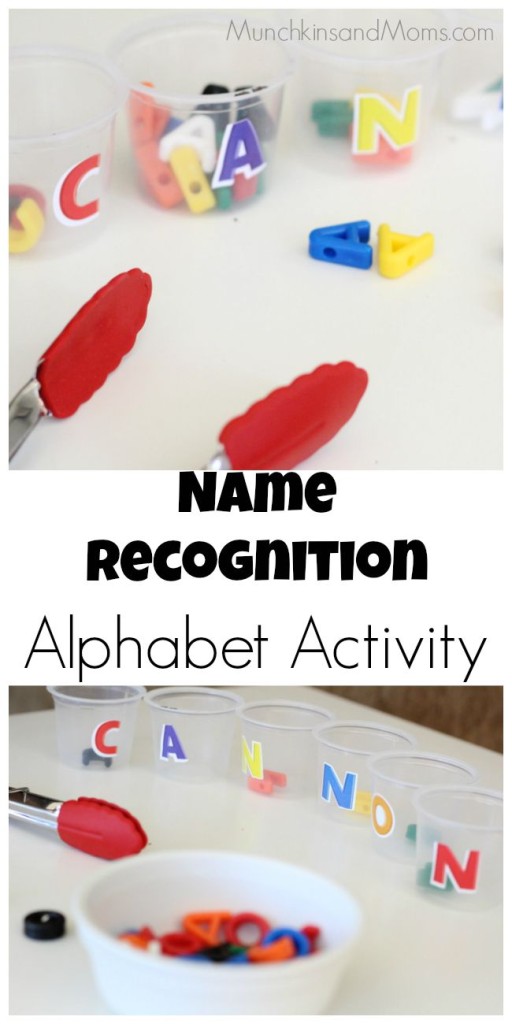