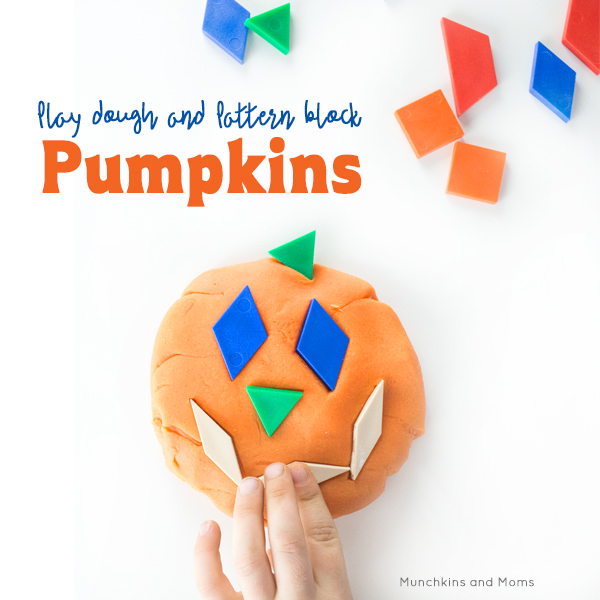 This is yet another example of an activity made up by my boys! While we’ve done pattern blocks and play dough before, this invitation to create turned out unique just because we switched the color of the play dough to orange!

My kids had jack-o-lanterns on the brain because we had just read a pumpkin library book, so when they asked to play with play dough and I handed them the orange, it didn’t take them long to start making their own pretend jack-o-lanterns with it! 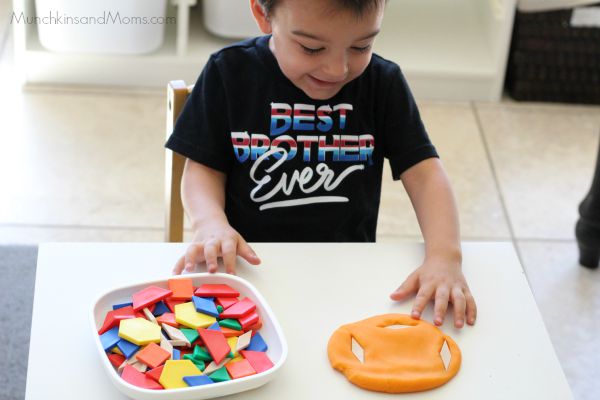 We had so much fun making silly, angry, scary, and happy jack-o-lantern faces! Sometimes they were minimalist pumpkins with only a few pieces, sometimes they had ears… 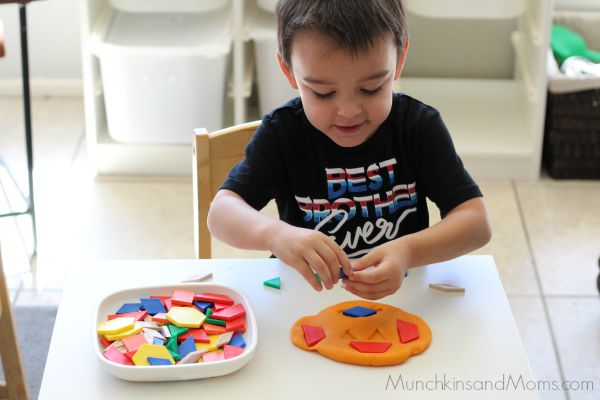 but eventually, most of them ended up as Picasso Pumpkins with abstract faces! 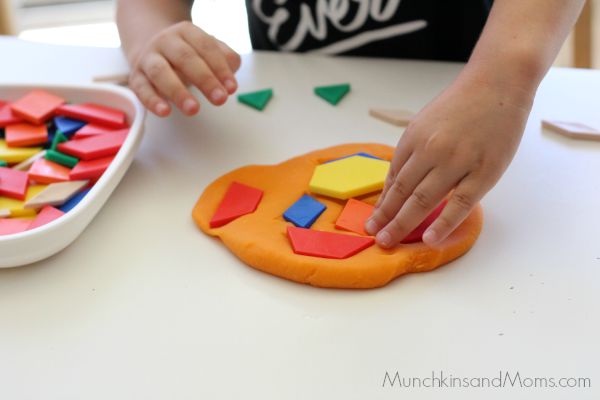 Ways to extend this activity: Turn it into a game by rolling a dice to tell students how many pattern blocks to use. What kind of jack-o-lantern would they make with 5 pieces? With 6?

We got a bit creative and started stacking the pieces vertically in the play dough to make the jack-o-lantern’s features pop out! 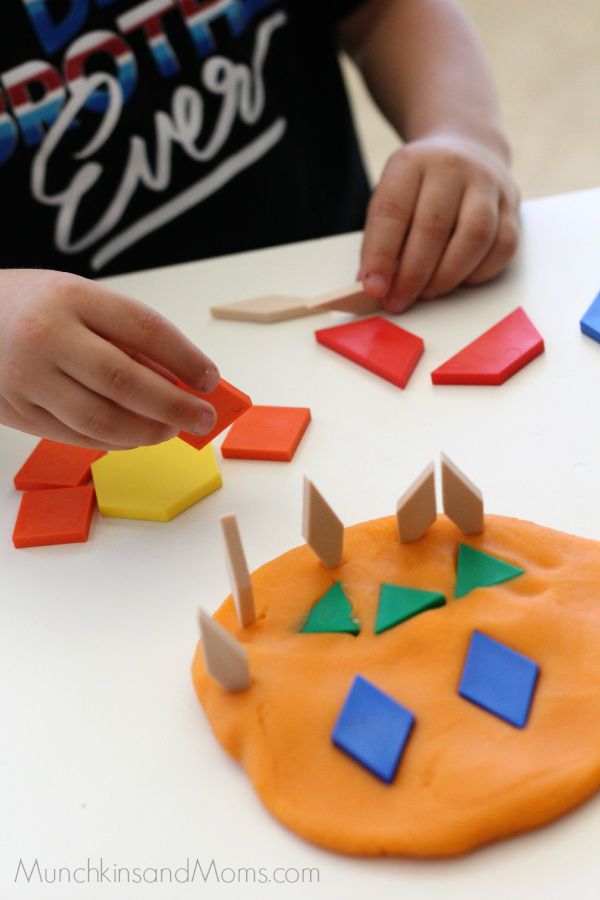 Tip: When working with older preschoolers, don’t be shy about using specific shape vocabulary. Let this activity be a way to learn math terms through play!

It’s hard to believe, but we first shared this activity TWO YEARS AGO!! Where did the time go? Anyways, we are still pulling this activity out every Halloween, including this year! And even now as my boys are two years older than here, they still enjoyed this activity!

Anyways, we are still pulling this activity out every Halloween, including this year. That makes it a classic in our house. And even though my boys are two years older than they were in this original post, they still enjoyed this activity! 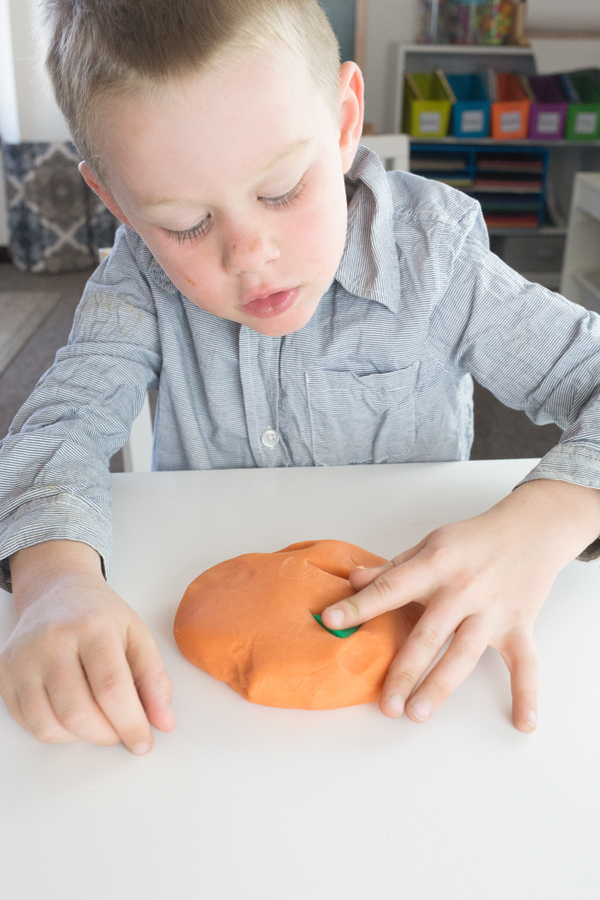 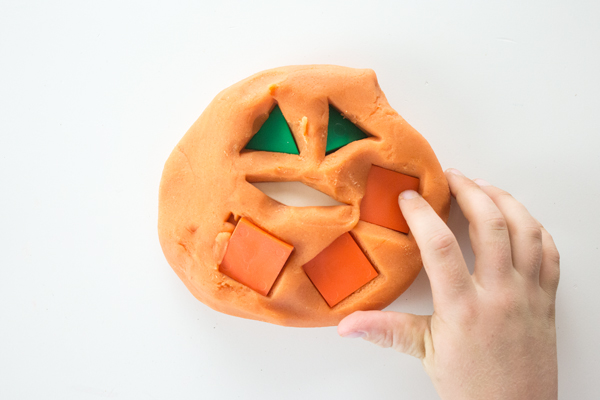 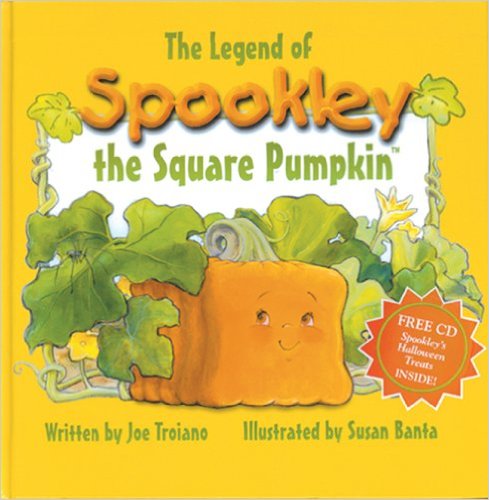 Don’t forget to pin this idea for later! 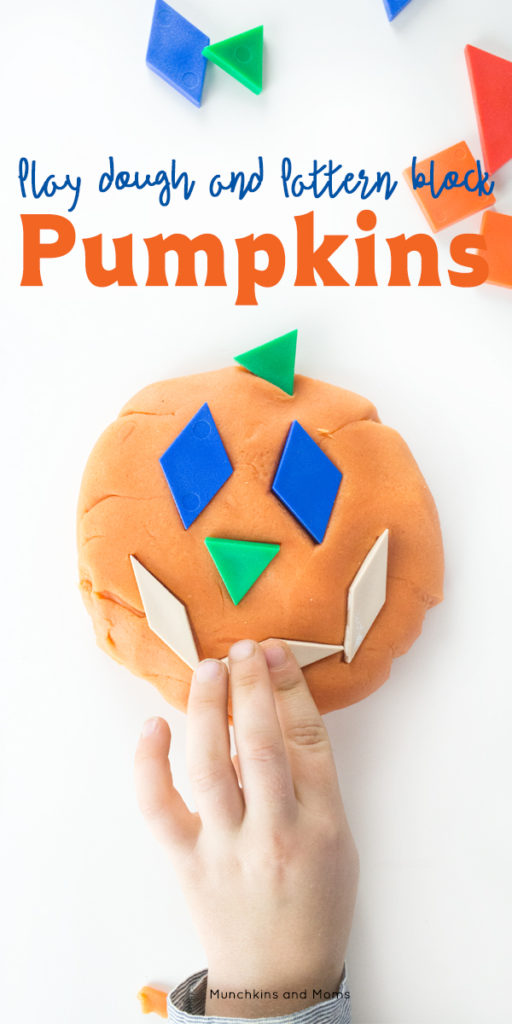