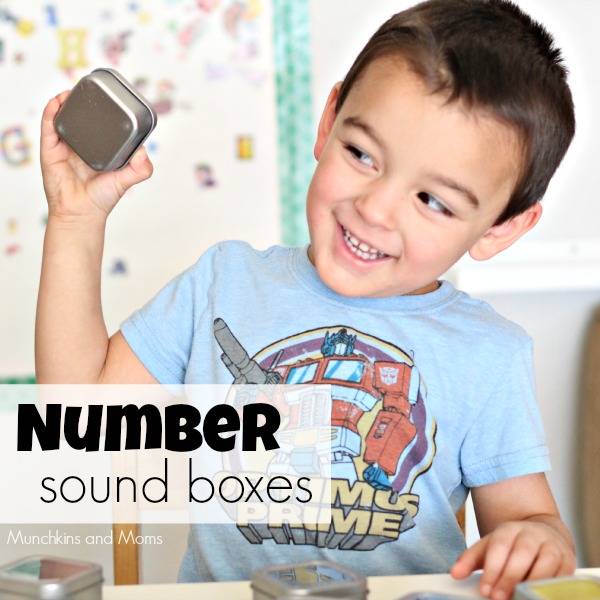 Welcome to the first post in our “Exploring Numbers through the Senses” series! To kick off our first post, we are sharing how we learned about numbers with our sense of SOUND. This was a tricky sense to explore numbers with, but it was definitely one of m son’s favorite!

I started by labeling the tins with the numbers 0-10. After they each had a number, we filled them with the correct number of pony beads. 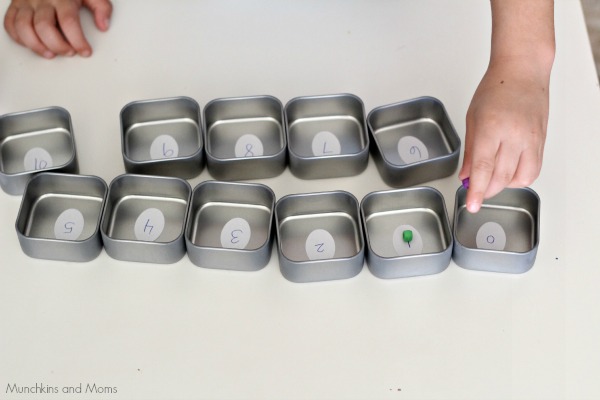 Counting the beads and filling each tin was a great way to practice our number identification and one-to-one correspondence skills.

Once the tins were filled, we replaced the lids and started our game!

First, we individually shook each tin to hear what the corresponding number of beads sounded like. This had my three year old grinning from ear to ear! We talked about which ones soundest the loudest and softest (he was thoroughly amused that “zero” made no noise!) 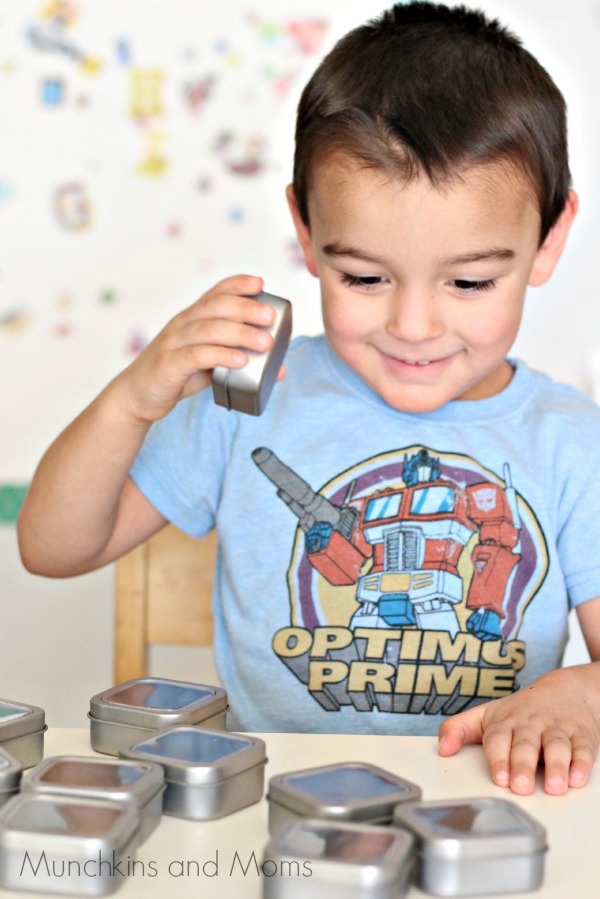 After we talked about loudest and softest, I connected the words “most” and “least” to the sound boxes. Did the lowest sound have the most amount of beads, or the least?

Ways to extend the activity: Have your older child organize the sound boxes from most beads to least beads just based on sound! Don’t let them look in the box until they think they’ve got them all sorted.

There were so many ways to explore these simple sound boxes! We shook the tins corresponding to the number of beads that were inside, we put them boxes in order from 0-10, then from 10-0, we made music with numbers, etc. 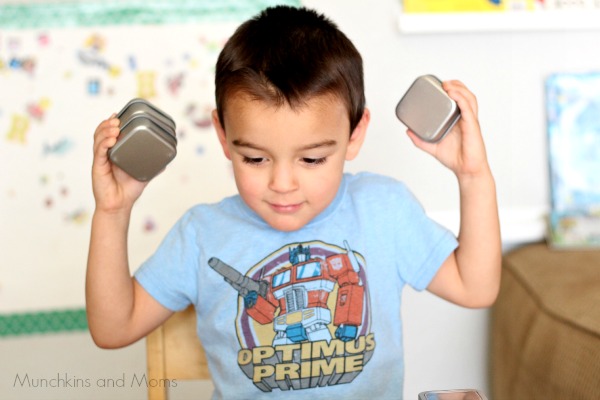 Another fun way explore the tins is to play a “more or less” sound game (shake two tins and use the sounds to determine which time has more and less beads in it).

How else would you use these number tins? 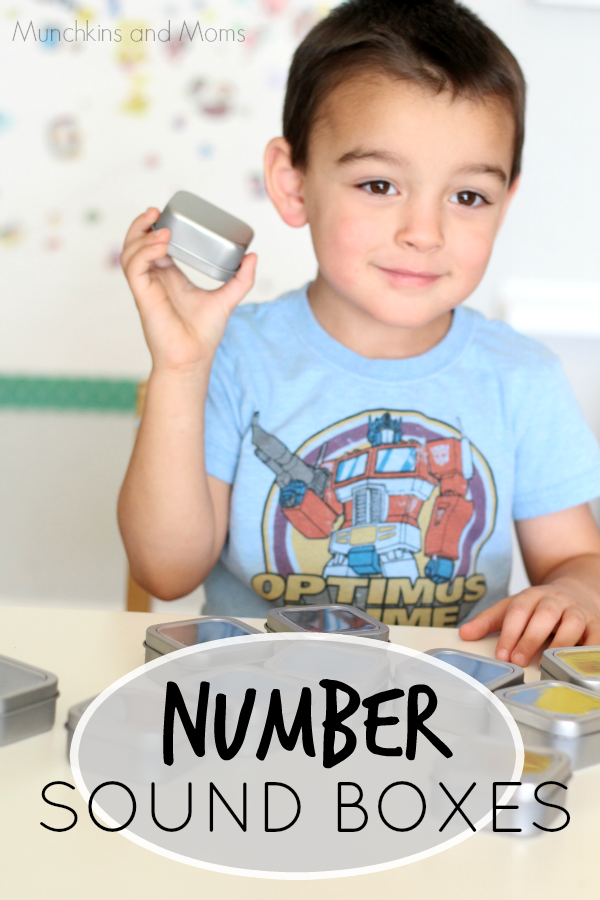