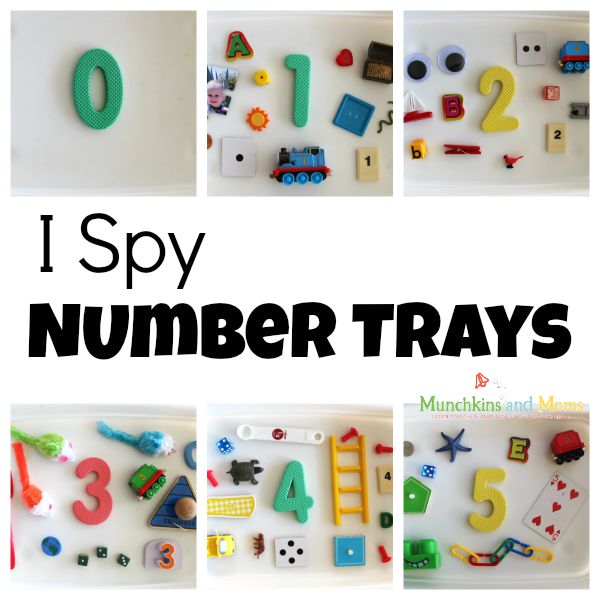 Welcome to another week of the Early Childhood Education Team posts! This Week we are focusing on activities to teach the numbers 0-5. If you’re tot schooling or home preshcooling, this is a prefect time to fill up you lesson plan book! Don’t forget to pin these posts for future lesson plan ideas, as well!

I knew what we would be doing right away. My oldest son loves reading these mini I Spy books, and the one he has read again and again now is I Spy Little Numbers Numbers. Making our own mini I spy trays was fun for both of us! Let’s go through them together. 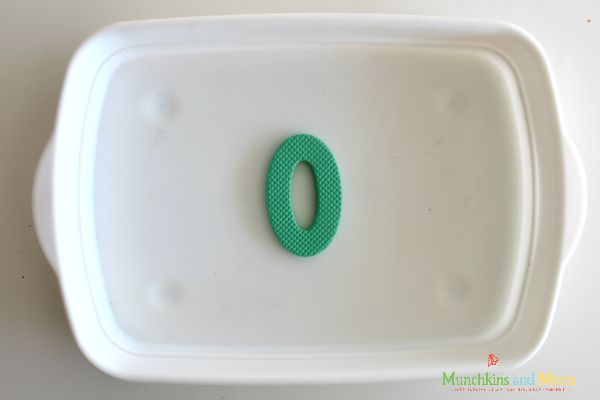 I decided to leave this one with nothing around the number. I really wanted to drive home the point that zero means nothing. 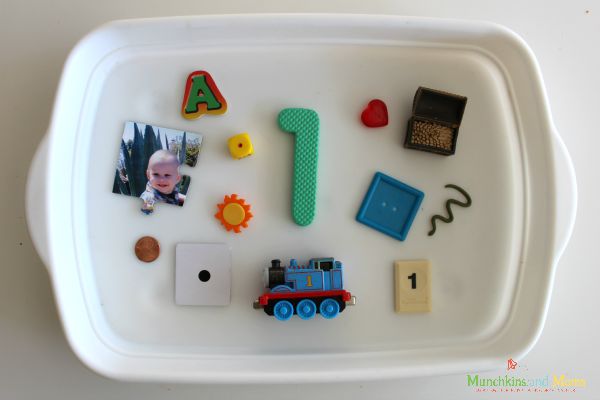 Finding items to collect really stretched my brain! One button, one treasure chest, one penny, one puzzle piece…those were easy. Thomas the train has a number one. The letter A is the first letter of the alphabet (that might be more of a challenge to explain how “1” and “first” are related).

To play all I did was set the tray before my boys as we took turns saying “I Spy”. I emphasized the number one in each item we spotted. Matching items is also a great idea (match anything that actually contains the number 1 on it, for example). 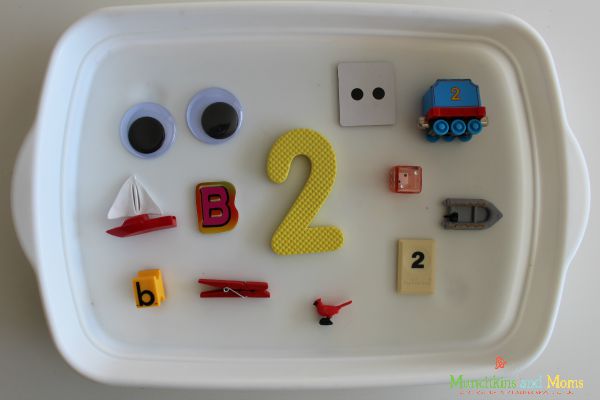 Two eyes, two boats, two feet on a bird! We were really starting to get the hang of the game, here! 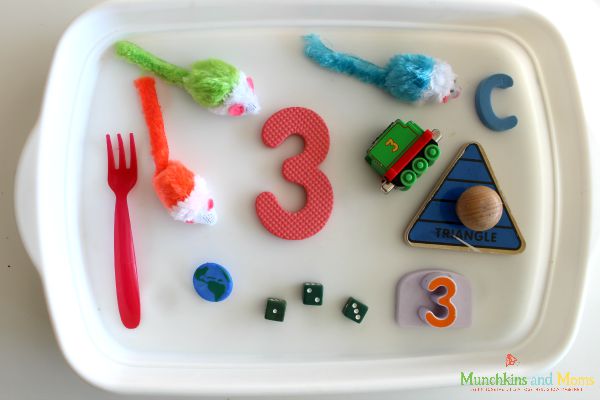 Three (blind) mice, three tines on a fork (a great vocabulary word to introduce!), three sides on a triangle. I was getting more creative with this tray, as you can see! Oh, and the Earth is the third planet from the sun 🙂 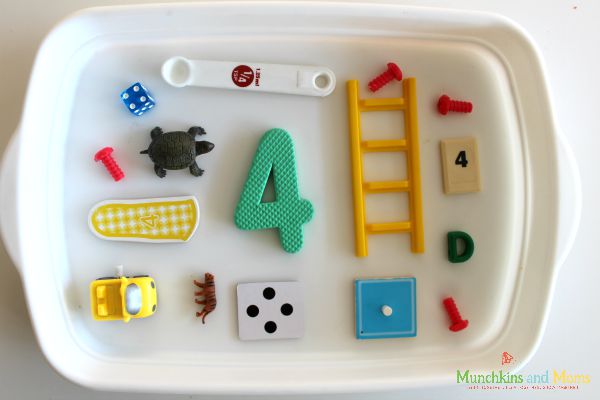 By this time I was really having fun putting trays together! Four rungs on a ladder,  four wheels on a car, four little toy screws. Extend this (or any) tray by sorting. I could see an easy opportunity to color sort yellow items here! 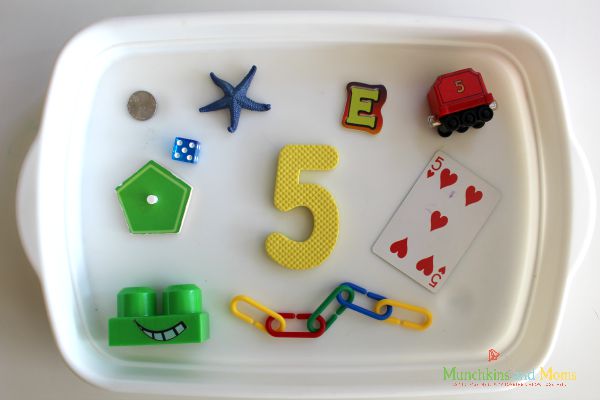 Five points on a star fish (sea star?), five teeth smiling at me. What else would you add to this tray? Give me some ideas in the comments! 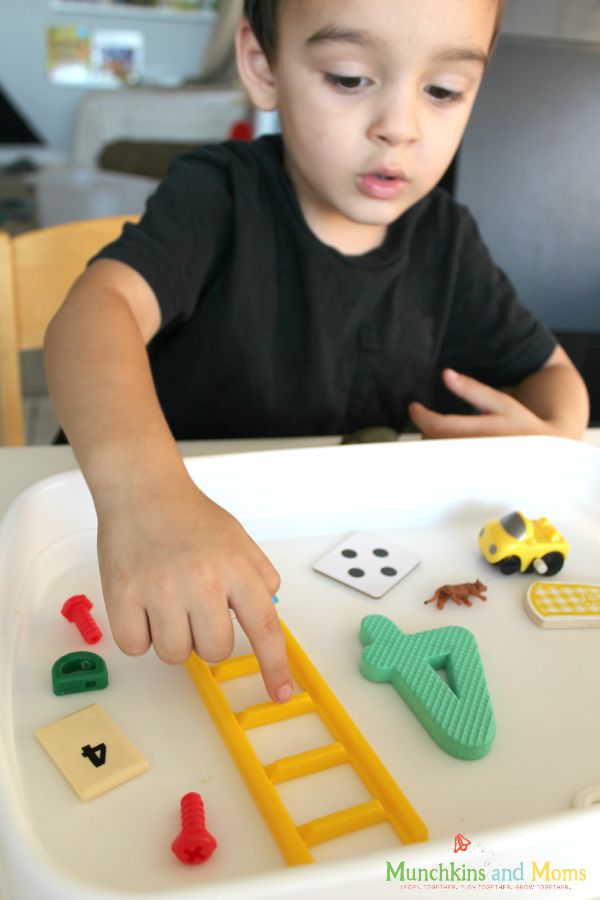 This Numbered Nature Tray is another great activity that can be done outdoors!

How would you extend this activity? What other items could we include in the trays? Leave your comments below to share in the discussion! 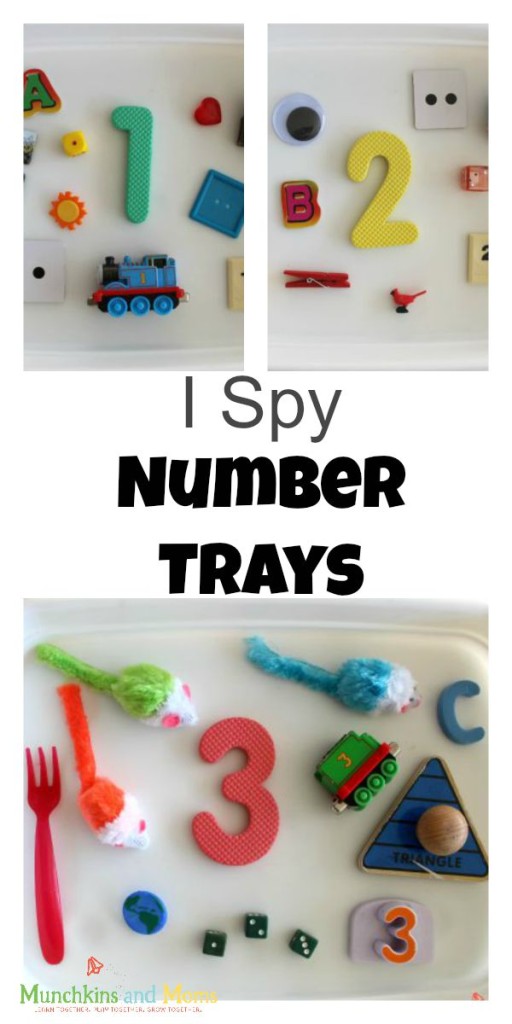 MORE Hands-on, Playful ways to teach the numbers 0-5 with these activities from the Early Childhood Education Team.