Things have been pretty lazy around my house lately because both my boys have a cough and are in constant need of TLC. That leaves me drained and in desperate need of a break by the end of the day. And as much as I dislike it, it is days like this that I usually turn on the TV and let my boys zombie out in front of it while I get others things done around the house. However, when I noticed my toddler getting restless I started feeling guilty about not preparing any stimulating activities for him during the day. I needed to come up with something pronto before his fussing turned into an incurable meltdown.

I thought about repeating the Foil and Blocks invitation to play that I set up for him back in September. It is SUPER easy and quick to set up, and it would be interesting to see how he interacted with the materials since he’s now 5 months older than when he first experienced it.

As I was preparing to bring the foil to the living room, I noticed some of Cannon’s toys laying on the ground near his blocks…inspiration struck and I decided to switch activity up a little bit. I decided it would be great fine motor practice (and loads of fun) for Cannon to unwrap his toys like Christmas presents- only instead of wrapping paper I would use foil! And he would be able to slightly make out what shape each item was-making for a fun “Guess what toy this is” type of game 🙂

I wrapped the toys pretty tightly to make it easier to tell what was hiding beneath the shiny foil surface. Cannon was seriously concentrating on carefully unwrapping each toy. You could see him really working his pointer and thumb as he pinched each piece of foil and peeled it off. 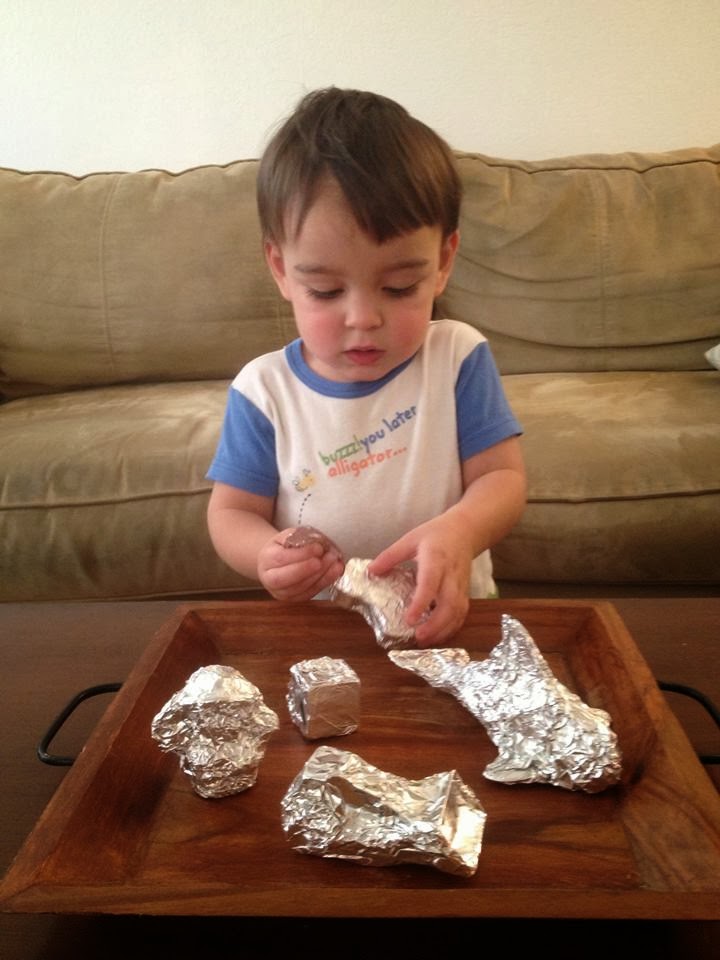 It was such an easy way to entertain him and help him while he developed important fine motor skills. It was also fun to talk to him about what he thought each item was before unwrapping it. The only one he guessed right was the “fish” (it was a whale). 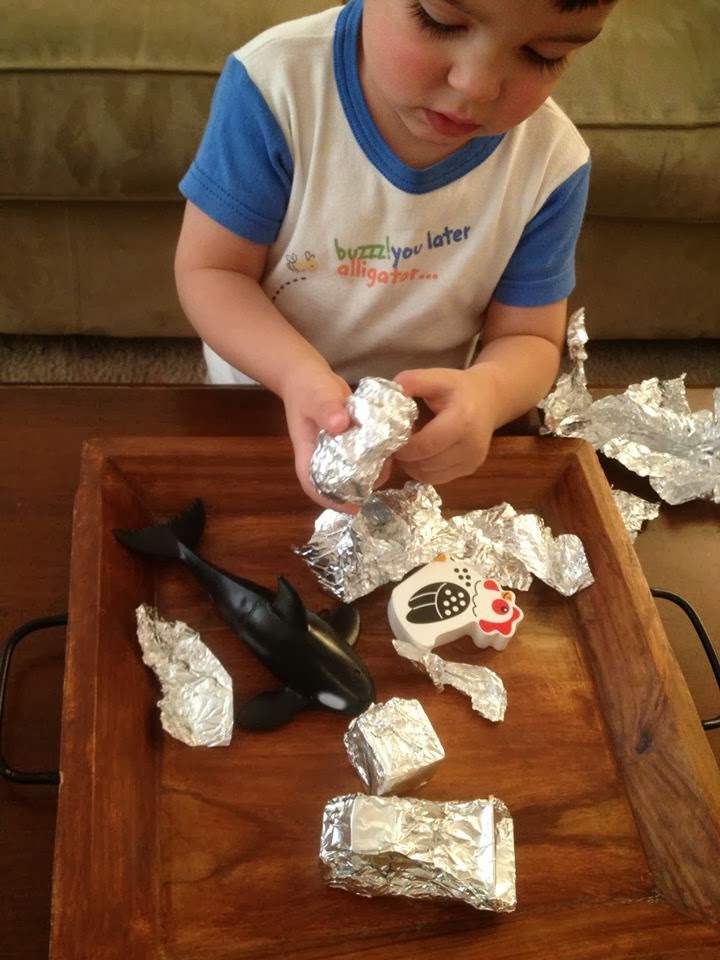 The biggest disappointment from this activity came at the end when there were no more toys to unwarp! I’ll make sure to have more available next time 🙂
Did you like this activity? Check out how Georgina at Craftulate uses it to inspire more fine motor play with her son with a Train-Theme Unwrapping Activity!﻿
﻿
Be sure to follow me on Pinterest for lots more simple play ideas for your munchkins.
﻿