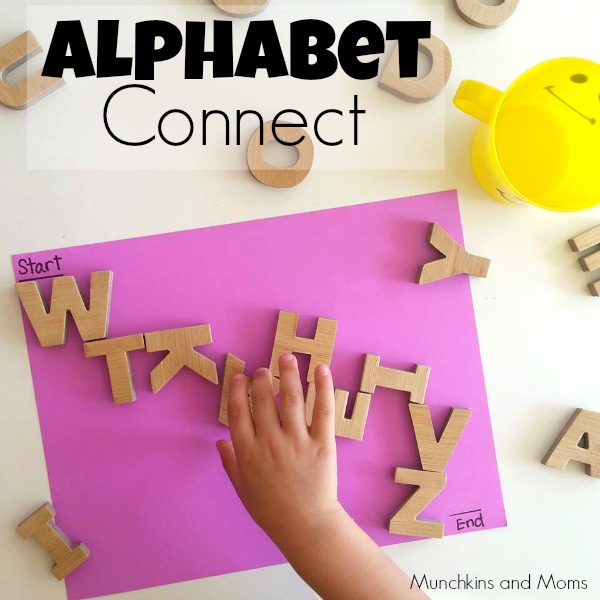 The other day as I was cleaning up craft supplies, I came up with a simple fun way to play with the alphabet! We had just bought these letters on clearance at the craft store, and I was just itching for a way to use them (stay tuned to the blog, as I’m sure we will have many more ways to use them in the near future!) The activity is simple, really. I just started by drawing a start and end line on a piece of paper. The goal was to connect the letters until we reached the end 🙂 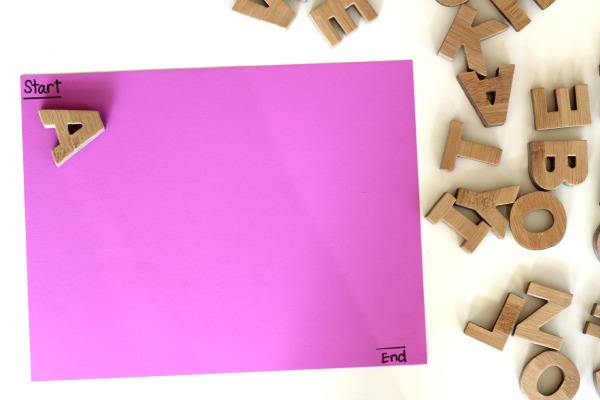 There is no “right” way to play when you make up a simple game like this. I tried to reinforce that we were connecting the straight edges of the letters to get to the finish line, but we made some exceptions for the letter O. The first attempt of the game was a bit haphazard as we made a couple alphabet chains across the paper, but we eventually made it to the end!

Ways to extend the activity: You can choose to take turns adding letters until you reach the end, or make it a cooperative activity and work on it together 🙂 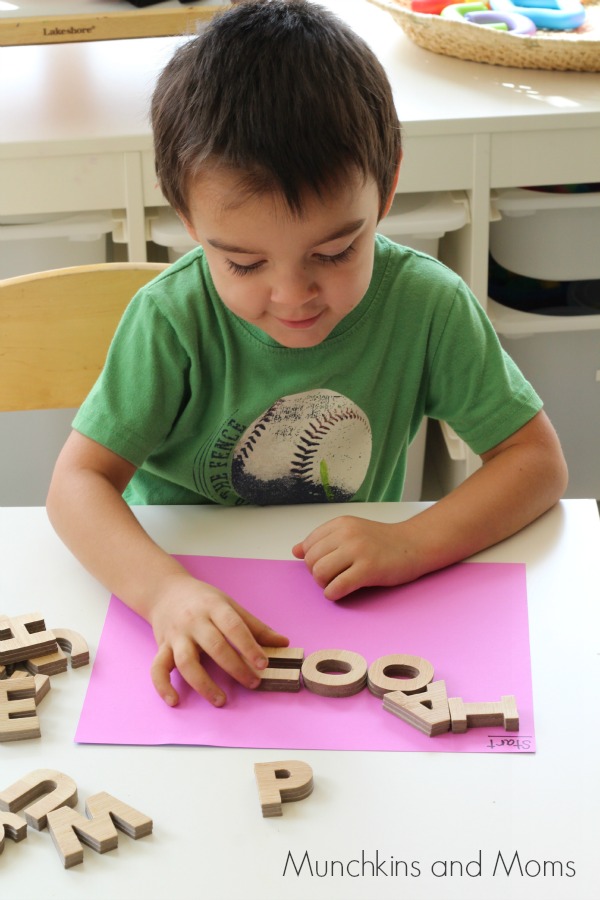 This activity is not meant to be direct instruction on teaching the letters of the alphabet. It is simply a way to play with letters while giving kids a chance to work on familiarity. As you play, you’ll naturally be reinforcing the names of each letter and examining it for straight edges. This is a great hands-on (non intimidating) way to practice letter recognition and have fun!

Ways to extend the activity: Challenge older learners to attempt the task using only a certain amount of letters. 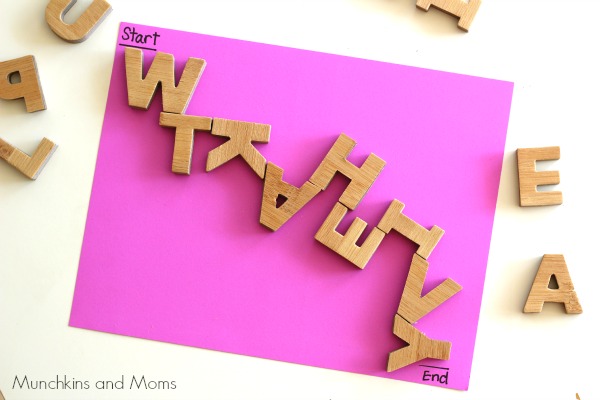 What other ways can you think to play this simple game? Leave your ideas in the comments below! 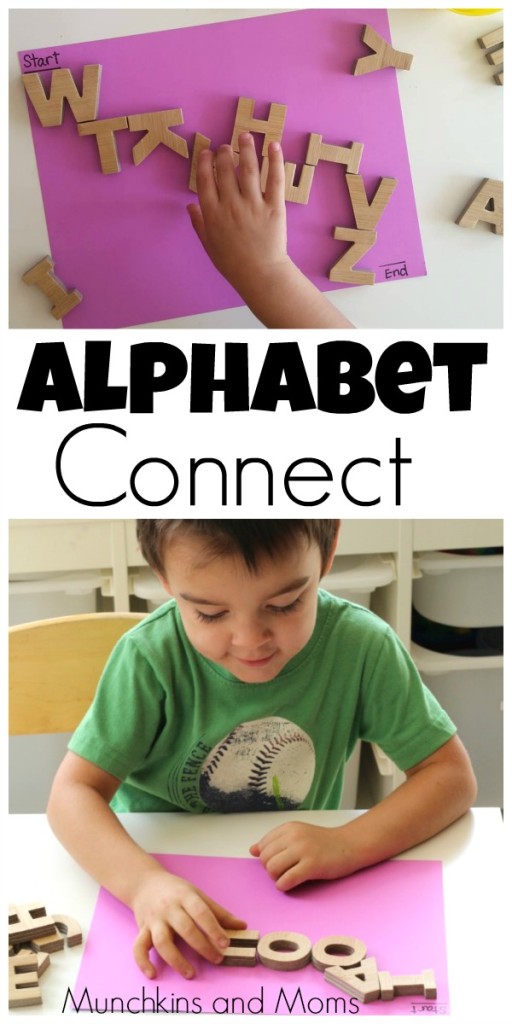