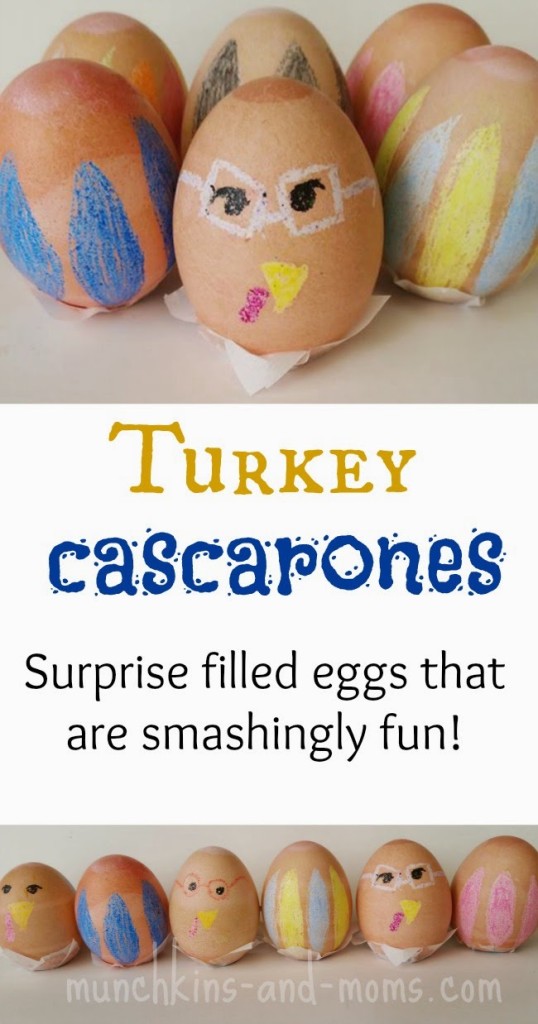 Just a few weeks ago, I posted our Halloween Cascarones Activity﻿ and how much my son loved smashing those cute little pumpkin surprise eggs! Since that initial activity, I knew cascarones would need to be a more regular activity in our house. I’ve been mulling over a Thanksgiving themed version of the activity since that day and I finally came up with something just as fun as smashing those pumpkins- smashing turkeys!
If you’re new to making cascarones, visit the original post where I show you how easy it is to make them (How to make Cascarones). Here’s a little glimpse into how I prepared these ones:
After initially preparing the eggs, I drew some cute turkey faces and feathers on each of them using crayons. The wax in the crayons resists the dye, so it makes the colors really POP once they’re dry! 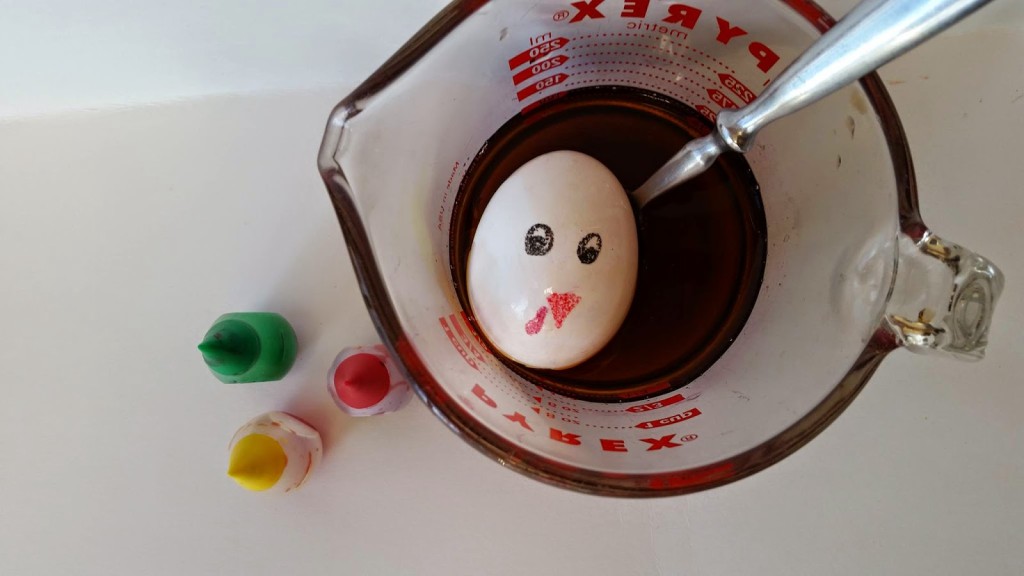 The first turkey is taking a dunk!
(to get the brown color, add equal amounts of red and yellow food coloring and a drop of green to the vinegar/water mixture) 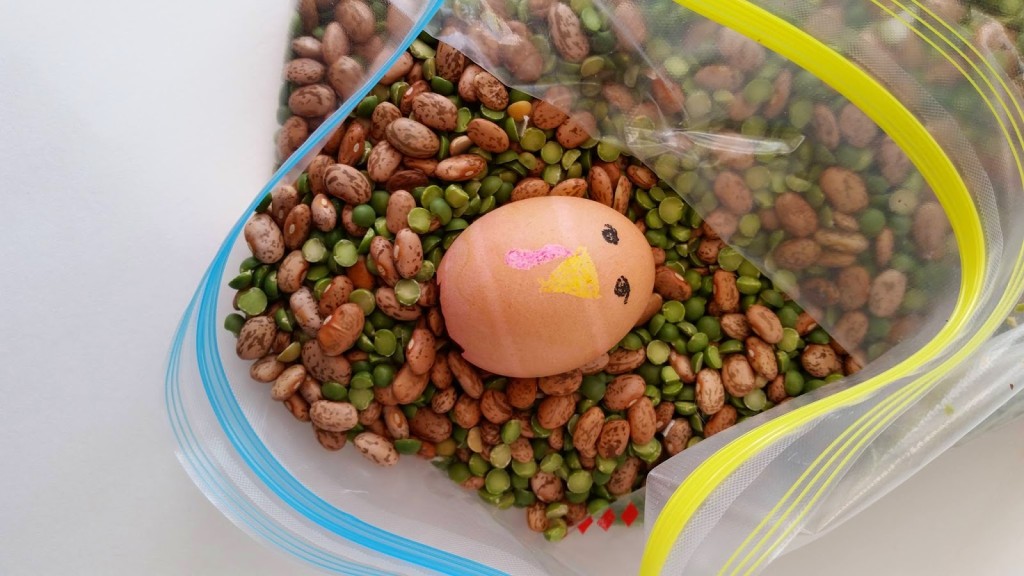 ﻿
I chose to fill these ones with dried beans and peas (leftover from our Insect Sensory Bins). But feel free to be creative with your fillings! Anything from confetti, to shredded paper, to flour would work!
For these eggs I wanted to incorporate a thankful theme, so I cut foam squares and spelled the word “THANKS”. Each egg would get a letter stuffed inside along with the bean/pea mixture so that when it was smashed, there would be a secret letter to recover from it 🙂 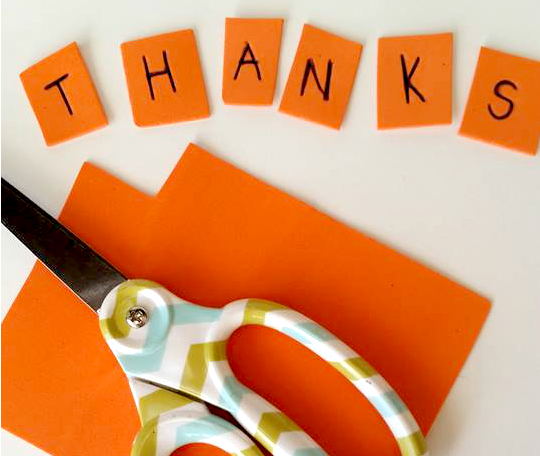 Once the turkeys were stuffed it was time to let the smashing begin! 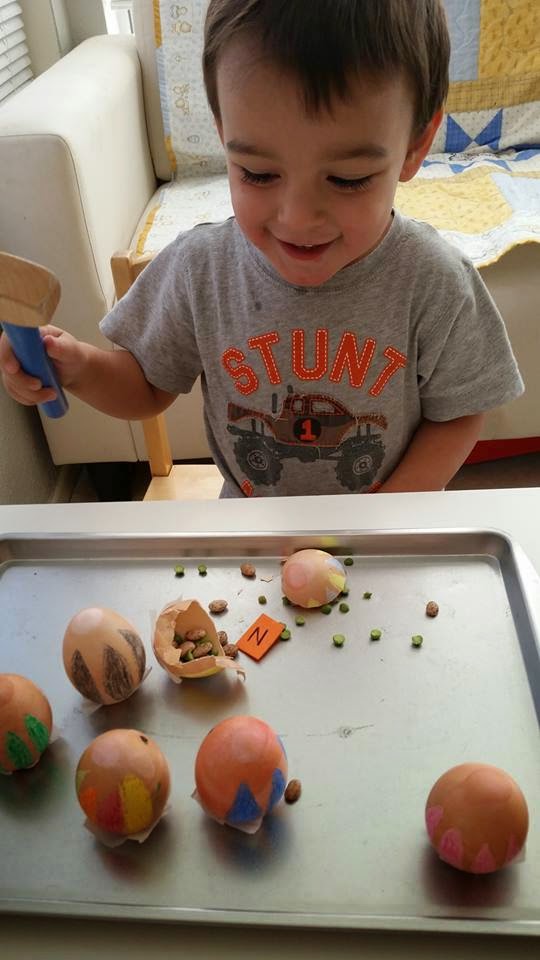 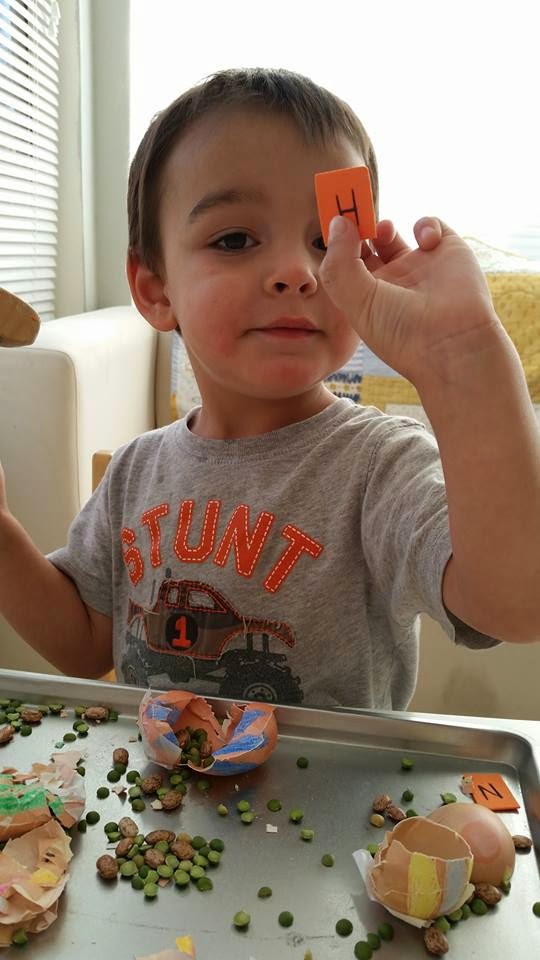 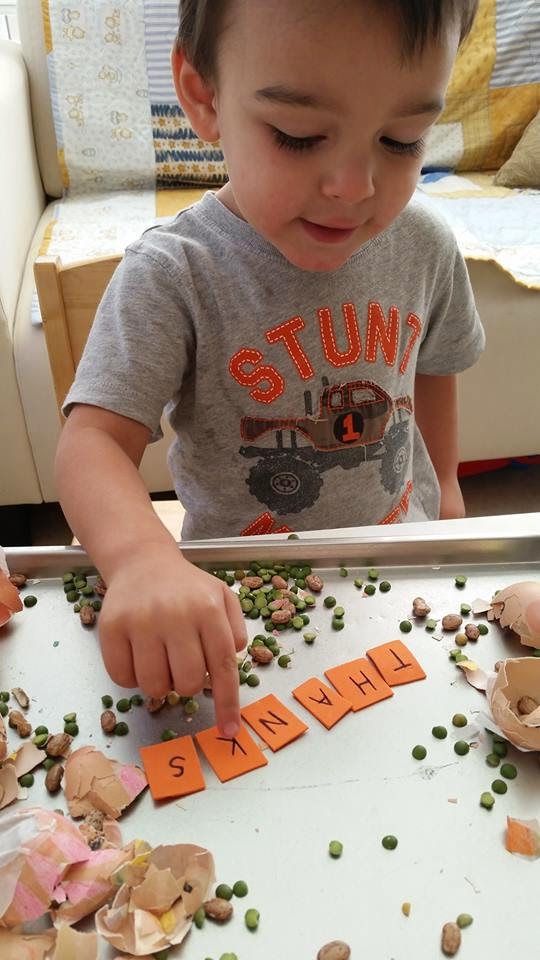 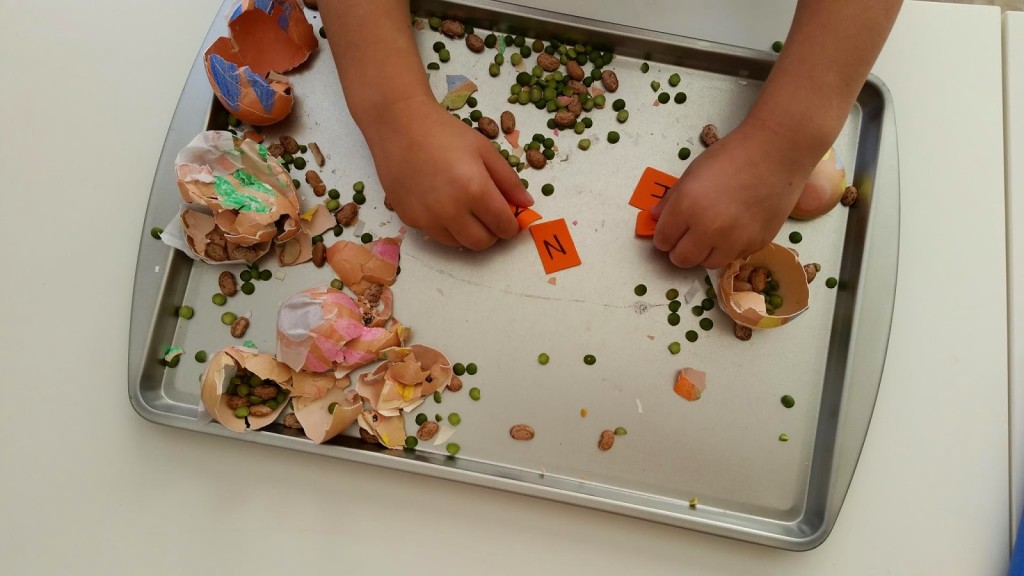 Cannon collected and told me each letter he found, then I helped him arrange them into the word “THANKS”. ﻿
﻿
Adding literacy opportunities to our play is something I try to do as frequently as possible. While my munchkin isn’t able to read yet, he know the majority of the alphabet so I try to incorporate words and letters into most of our activities 🙂 (See our Chicka Chicka Boom Boom Tree and our Letterpress Toast for just a couple examples).
Quick Note: The beans and peas were a bit messier than the shredded paper I used last time. While it was a nice change in texture, I think I’ll stick with the paper filling next time!
If you’re new around here, I’d love for you to follow me on Pinterest or Facebook where I share many more toddler and preschool activities for you and your family to enjoy!
﻿

One thought on “Thanksgiving Turkey Cascarones”