How To Make: Pizza Box Easel

Last night we had pizza for dinner and I was in the mood to get a little bit crafty…so when my hubby picked up our order I asked him to bring me home an extra large (clean) pizza box. He lovingly obliged 🙂 I had a great plan for that little pizza box…

Fast forward to today. My boys were taking their naps and I already finished cleaning the house. That pizza box was just begging to be crafted so I turned some ideas around in my mind and finally decided I wanted to make a small art easel out of it.

I sat for a while trying to think of how I can manipulate the box before I just decided that I’m sure there are some creative people who have already perfected this idea…so I turned to Google. Lo and behold, there was already a great tutorial on making a pizza box easel. They included a few tools which I was without, so I did have to improvise a bit, but the finished product came out AWESOME!

Here’s how I made my pizza box easel using common household items: 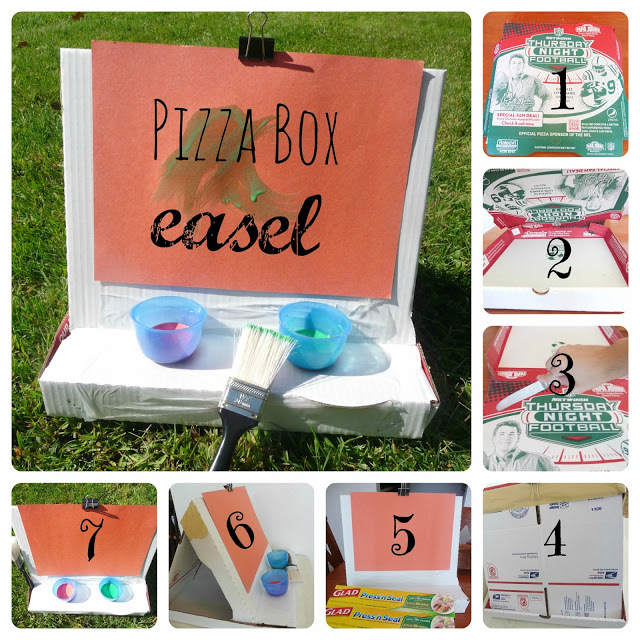 Step 1: Get a clean pizza box (bonus points for getting a Papa John’s one- they have the BEST pizza and their boxes look good in this project).

Step 2: Turn the box inside out. This step is really optional. I just like the clean white look of inside of the pizza box versus the business of the outside of the box.

Step 3: In order to make a tray for holding your paints, you need to fold a portion of the box’s lid flat, but folding the lid in a straight line is difficult so I would recommend scoring where you want the fold using a butter knife (be sure not to cut through the box!)

**Pictures added to clarify this step! 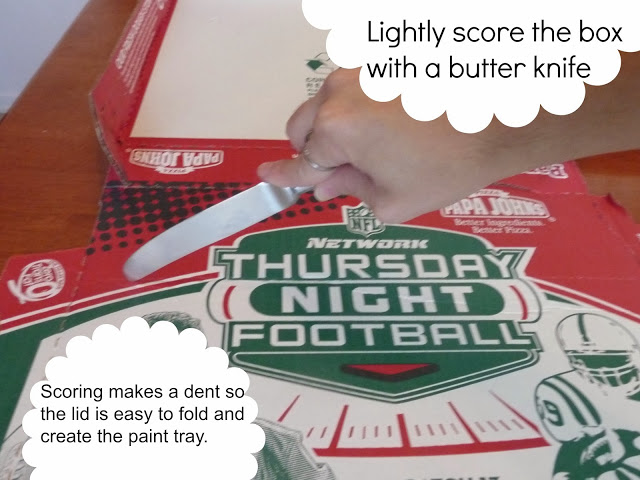 Step 5: Use a binder clip to hold your paper in place. I would also recommend you put a layer of Press and Seal saran wrap on the paint tray to protect it from drips 🙂

Step 6: Gather your paints. I will be posting a homemade paint recipe that we used later this week!

Step 7: Enjoy your new Pizza Box Easel! Perfect for painting outside during this beautiful fall weather! 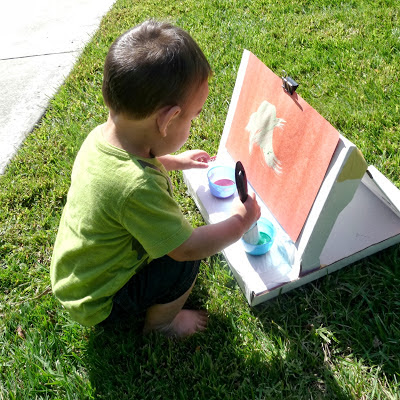 This was one of the easiest projects I’ve made in a long time, and it looks really impressive! It would be a great thing to put together for a child’s painting party 🙂 I think I have a new idea for an upcoming play date…
Let me know if you make a Pizza Box Easel and any creative modifications you include! I love hearing your ideas 🙂
﻿

4 thoughts on “How To Make: Pizza Box Easel”